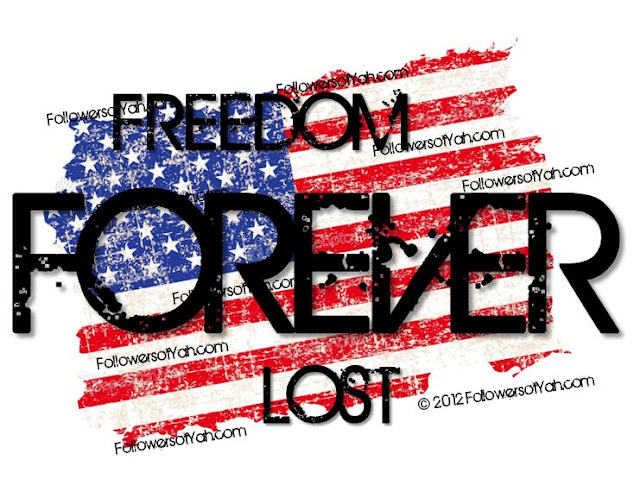 
http://www.rense.com/general69/paper.htm
Then in a radio interview in 2001, Obama said in regards to the Constitution of the United States the following,“I don’t think the two views are contradictory to say that it was a remarkable political document that paved the way for where we are now and to say it also reflected the fundamental flaw of this country that continues to this day.”
http://fairfaxareayrs.wordpress.com/2008/10/28/obama-us-constitution-reflects-the-fundamental-flaw-of-this-country-that-continues-to-this-day/
According to the President of the United States the U. S. Constitution is flawed! This is unbelievable! How in the world was this man voted into the highest office of the United States!  Taking this into consideration now we can fully understand how our rights mean absolutely didly squad!
The man along with the secret elite have been on a mission, to bring this country to its knees. He told Matt Lauer on NBC the following, “It turns out that our founders designed a system that makes it more difficult to bring about change than I would like sometimes.”

http://today.msnbc.msn.com/id/46279899/ns/today-today_people/#.T6FUsVLPhth
The agenda of the elite is just that to strip this country of our rights! Don’t ever forget, that many came here because the Roman Catholic Church (RCC) was killing heretics. Brothers and Sisters when the final inquisition begins where will you run?
That is why as many of you know while the world partied hard on December 31, 2011 behind secret close doors, an executive order was signed. The National Defense Authorization Act (NDAA) which nullifies the Bill of Rights. Under this order America is declared a ‘battleground’. Any American citizen can now be arrested, imprisoned without due process. When He signed the NDAA we the people, can now be held indefinite in detention without charge or even a trial.
http://www.naturalnews.com/034537_NDAA_Bill_of_Rights_Obama.html
To add insult to injury, On March 16, 2012 another executive order entitled, “National Defense Preparedness” was signed into effect. Under this order the government has the power to seize national resources. The order states the following, “The United States must have an industrial and technological base capable of meeting national defense requirements and capable of contributing to the technological superiority of its national defense equipment in peacetime and in times of national emergency. The domestic industrial and technological base is the foundation for national defense preparedness. The authorities provided in the Act shall be used to strengthen this base and to ensure it is capable of responding to the national defense needs of the United States.”
What this means is that the government now as power to take control over all  “food resources, food resource facilities, livestock resources, veterinary resources, plant health resources, domestic distribution of farm equipment, commercial fertilizer, all forms of energy, all forms of civil transportation, water resources. They can take seize of these matters regardless if we are in a national emergency, act of war or even in peacetime!
http://usamericanfreedom.com/2012/04/18/oceans-taken-over-by-executive-order-whats-next/
http://www.youtube.com/watch?v=8vxrxEINxJ8&feature=youtu.be
http://www.shtfplan.com/headline-news/executive-order-federal-government-to-take-control-of-domestic-natural-gas-production-epa-set-to-move-within-one-week_04162012
The dominoes are lining up! The yoke is tightening around this nation. We the people have become nothing more than cattle to those with a hidden agenda. Now once the new Obama health care plan starts,those over 70 might not be able to even get seen.  Under the new health care, social security retirement age will be raised to 70. After the age of 70 there will only be comfort care, meaning no surgeries. Since this means there will be no surgeries, beloved grandma’s and grandpa’s could possibly be drugged up and then left to die.
Cattle owners always brand their herds so they can track them. This branding of the human cattle has already begun. We are seeing more and more of this taking place. Now under the method of medication people are receiving the microchip:
http://news.health.com/2012/02/16/drug-microchips/
http://www.wnd.com/2012/02/drug-releasing-microchip-passes-1st-test-in-humans/
It is only a matter of time before Big Brother reaches their goal of having every man, woman and child branded with GPS!As covered in previous newsletters, American’s are slowly losing their freedom.  One freedom amongst many we seem to be losing is our right to privacy. I ponder on George Orwell’s novel entitled “1984” and how he knew that one day the American people would awake to living in a totalitarian state. Our every move would be monitored by ‘Big Brother.”  I also find it interesting that songs such as “I always feel like somebody’s watching me…I have no privacy” and then “Every move you make, every breath you take, I’ll be watching you!’ have been very popular. 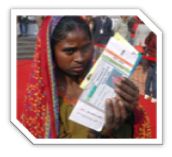 The country of India has also started marking and keeping track of their cattle. They have recently adopted the biometric id program. This is just the start, as we move ever closer to a cashless world!

http:/ /www.infowars.com/cashless-society-india-implements-first-biometric-id-program-for-all-of-its-1-2-billion-residents/
Another interesting matter that has been growing in popularity is “Debtors Jail”. Back in the 1800’s this process of putting people in prison to pay their debts was abolished. It’s a different story now. According to a recent Wall Street Journal report, thousands of warrants have been issued for those who cannot pay their debt. It has been claimed that more than one third of the U.S. states allow borrowers who can’t or won’t pay to be jailed.
http://online.wsj.com/article/SB10001424052970203710704577052373900992432.html
http://www.christianpost.com/news/debtors-prison-on-the-rise-73801/
Quite a few of these cases, the debtor does not even owe a substantial amount of money. For instance one person spent five days in a Carbondale, Ill., jail last March after failing to pay a $275 debt,
http://online.wsj.com/article/SB10001424052748704396504576204553811636610.html
Another case involved 750.00 in medical bills the person could not pay,
http://www.npr.org/2011/12/12/143274773/unpaid-bills-land-some-debtors-behind-bars
Here the woman didn’t even know a collection agency had even filed a warrant against her!