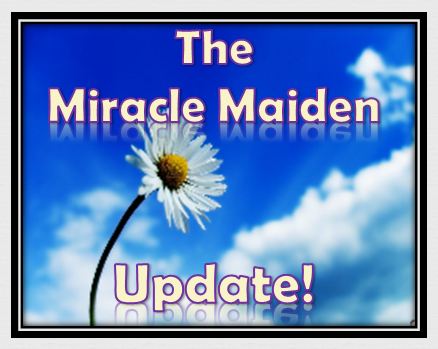 Many of you know that back on May 17th while taking the “Imposter tour”, sister Felicia was in a tragic accident. She was hit by a truck doing 60 miles per hour, thrown 50 feet in the air, landed on her head in a concrete media. The one doctor told us, “Hope for the best and expect the worst.” Faced with such a dire situation, hope is all we had. Mostly everyone we came in contact with at the hospital didn’t think she was gonna make it. Not knowing what was about to occur the following days were nothing short of a chain reaction of miracles.
Speaking of miracles, brothers and sisters, do we not serve THE MIGHTY ONE? Now I’m not talking about some pagan made up false deity like Baal-Gad. Or even some crazy far fetch mythology god like Athena, Diana, Jupiter or Zeus. These fakes are about as good as some carved wood, silver or gold lookin thing. Now when I say THE MIGHTY ONE… I’m talking about The MIGHTY ONE OF YISRAEL, YAHUWAH!
The tragic accident of May 17th not only brought His people together but He was greatly esteemed in the eyes of many non believers. Thousands were able to set their difference to the side to lift up this young maiden. Entire congregations, groups, radio stations, families, brothers and sisters prayed and fasted for Felicia. Some wrote songs while others were right there in spirit with us. HalleluYah! Praise Yahuwah to all the called out ones! We are very pleased to announce and inform each of you that Felicia is doing well. She does suffer everyday with the consequences from her injuries. We are astonished over Yahuwah’s Mighty Work He has done in our lives. There is not a day that goes by that we thank Yahuwah for doing this miracle for Felicia and all of us Called Out Ones.
Felicia was losing massive amounts of hair from all the radiation she received at the hospital. She had multiply CT scans which was equivalent to hundreds of x-rays. We were able to get some good radiation detox from herbalhealeracademy.com. This drastically reduced the hair falling out almost immediately. To those of you who suffer with pain, we speak a truth, helichrysum oil really helped! If you are interested in getting some of this oil you can through simplers.com
Now we are not endorsing any product or even the website, just sharing what helped her. Talk to your health care provider being trying any herbs and oils.
While on The Imposter tour, we met a brother who specializes in chiropractor. This Brother examined Felicia. What he found was unbelievable. Despite all the CT scans, physical therapy and even asking doctors why her left hip swayed while walking none of them knew the answer. All they could tell us is that her muscle was weak. That was so far from the truth. Yahuwah used this brother to not only find the problem but he was able to fix it. HalleluYah! Here Felicia’s left hip was locked in place. We deeply thank Yahuwah for blessing this brother’s hands to fix her hip. Years down the road she could of have some major issues. He did some other things to her that really helped. We thank you brother.
Felicia still suffers with ringing in the ears and also feeling off balance some, amongst many other issues. She is very much still an active player in the F.O.Y. ministry. During the winter months she will be working with a few translators. How wonderful and blessed it is to see her doing so much work for Yahuwah! Translating the F.O.Y. books, tracts and movies into another language will be a huge task both for her and the translators. Give a shout of praise to Yahuwah! HalleluYah!

Again we here at the F.O.Y. ministry deeply thank all of you for your ongoing prayers for Sister Felicia and for this humble ministry. By the next newsletter we should have a full report on her condition. She does have a few final doctor appointments and then hopefully no more.

VIDEO- This Message Will Go Forth

This entry was posted in Volume 10- October/November 2011. Bookmark the permalink.

One Response to The Miracle Maiden Update