Just as Mardi Gras is not just a single day celebration, St. Patrick’s Day is also a multi-week celebration observed as such in the Southern States. Besides people eating corned beef and cabbage, there are various street parties, parades along with other activities. Talk about perfect timing? Since we were in the area, we decided to make a few unplanned tour stops!

St. Patrick Day parades are just like the Mardi Gras parade. Plenty of people, loud music, various items thrown along with beads galore. Yet we learned that during the St. Patrick day parades people also throw carrots, potatoes and entire heads of cabbage! 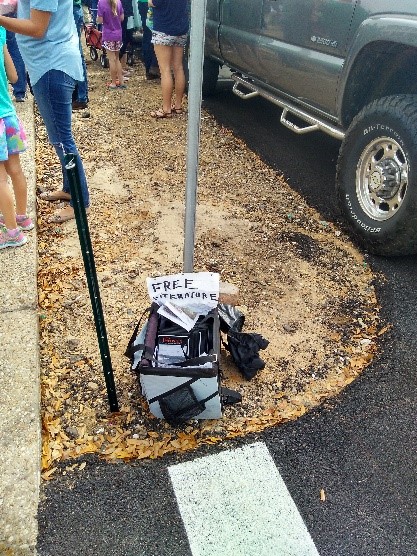 We were on the streets during the Hibernia St. Patrick’s Day Parade & 5K run in Biloxi Mississippi. First time ever going to any St. Patrick’s Day Parade.  As the parade was fixing to pass where we were, we put our material next to a pole. Whoever felt led to take one they were. The rain held off which was great as we didn’t want our material to get wet!
The parade started. Here are some pictures of the parade. We found a parking spot, close to the Hard Rock Casino there in Biloxi Mississippi. 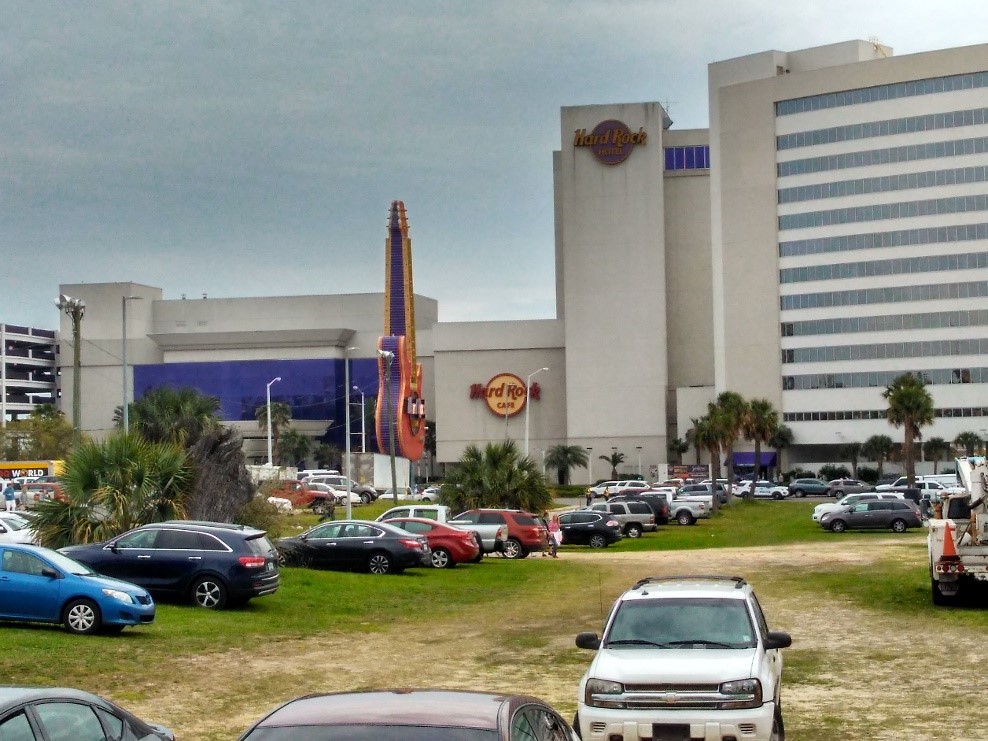 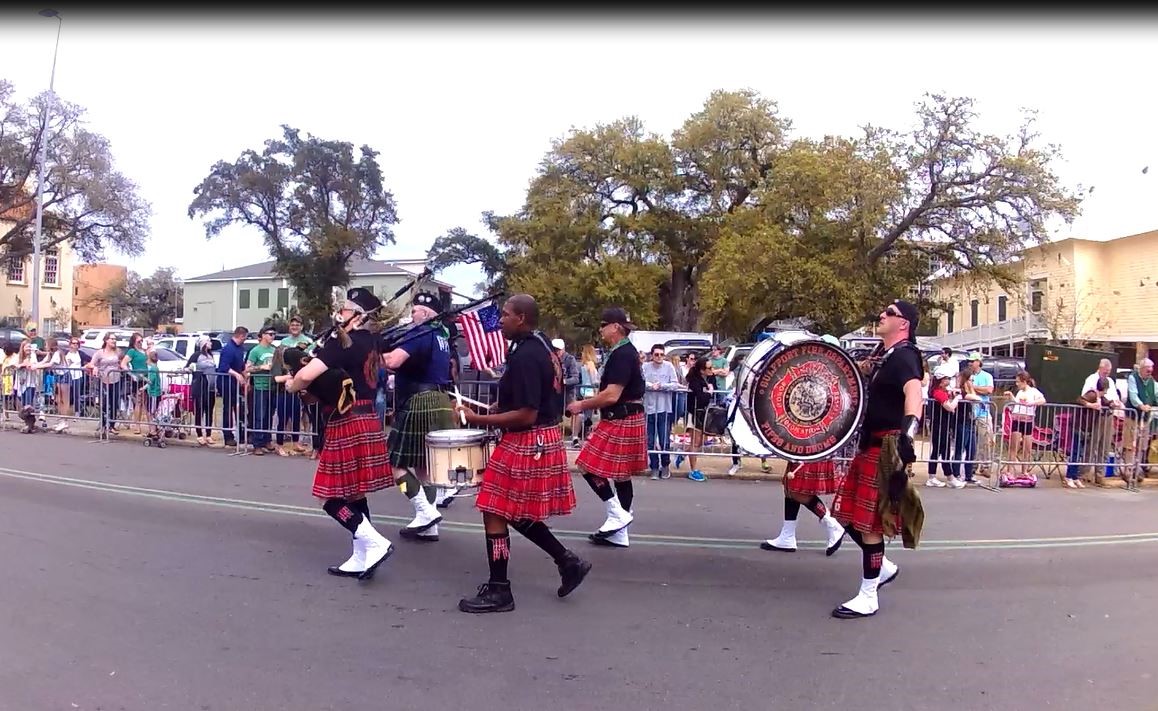 I guess these two guys represent St. Patrick and a Leprechaun: 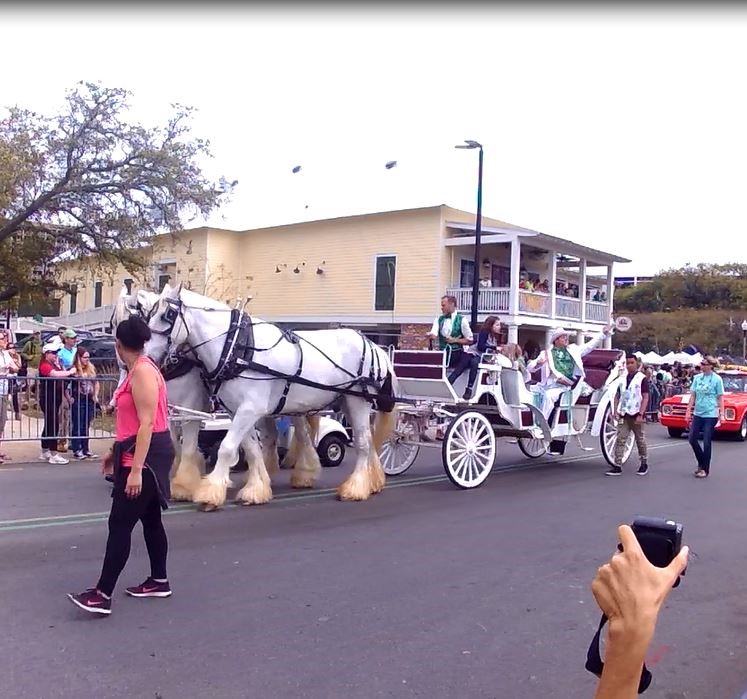 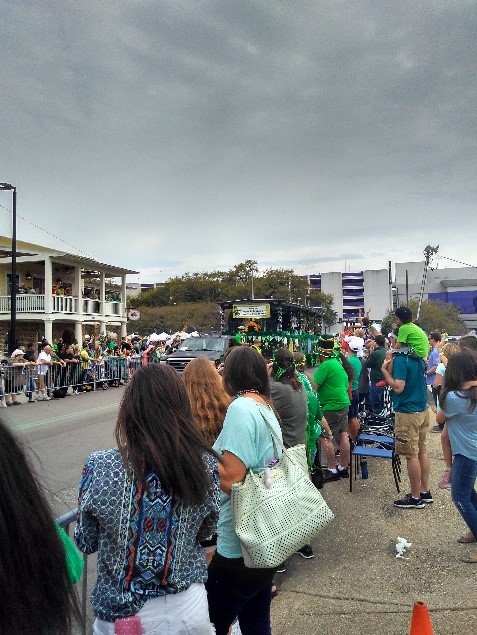 This was a very big parade with streets lined with people. Glad the rain held off until later in the evening. 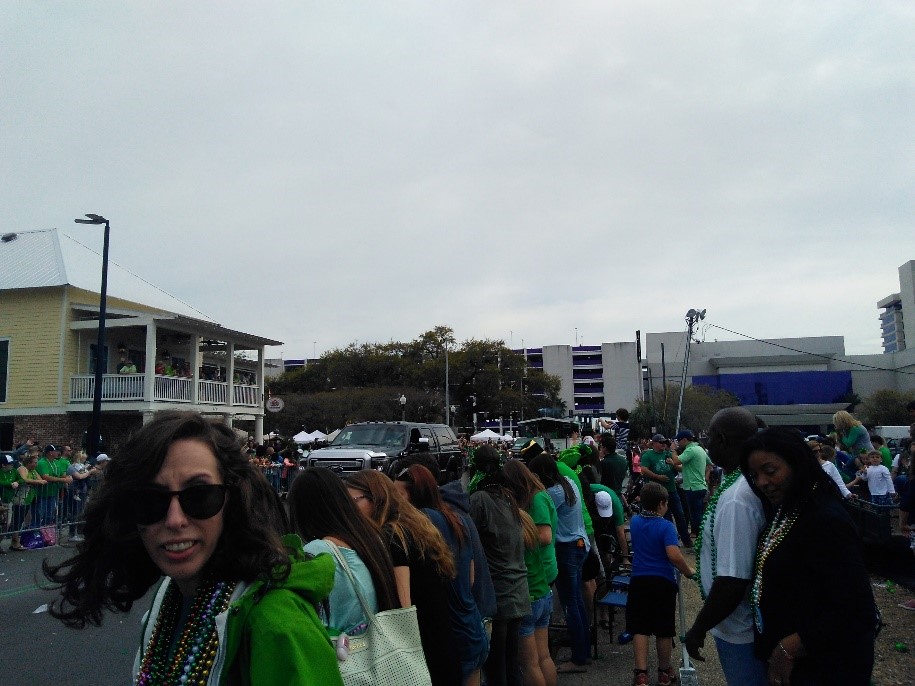 This float was extremely long: 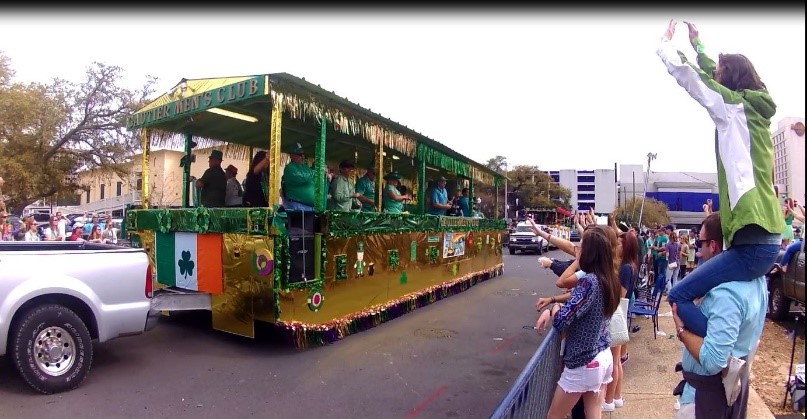 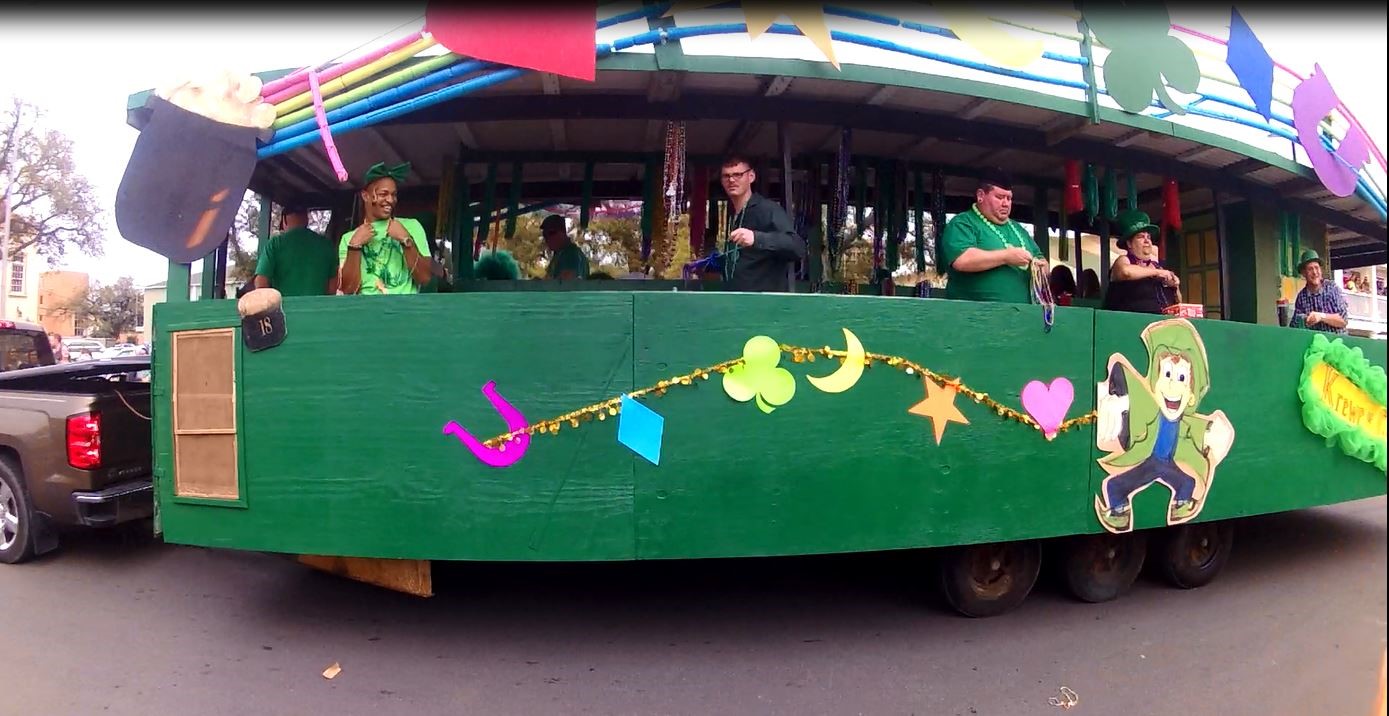 We decided to stay around for a while after the parade ending to talk to people. 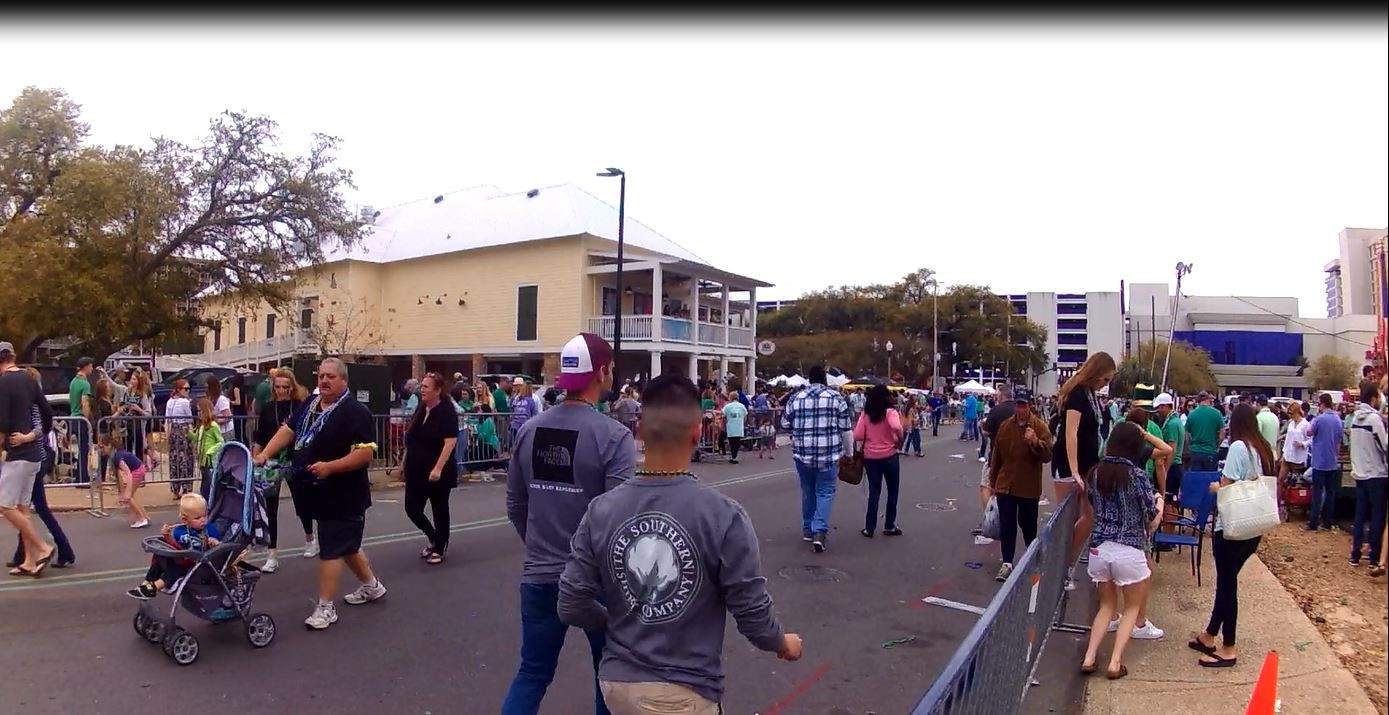 This guy was showing off all his beads he got from the parade. After the parade, had ended, Sister Linda needed to take a real pit stop. So, we went into the Mardi Gras Museum and let us use the restroom. While we were in their we took a quick peep at the very fancy displays: This is the piece one of the king’s wore. While looking at the huge detailed train, I am thus reminded of how YashaYahu saw Yahuwah’s train filled the entire Hekal:
“In the year that Sovereign Uzziyahu died, I saw Yahuwah sitting on a throne, high and lifted up, and the train of His robe filled the Hekal.” -Yashayahu 6:1

What a wonderful and joyful sight that will be to see Yahushua on HIS majestic throne. 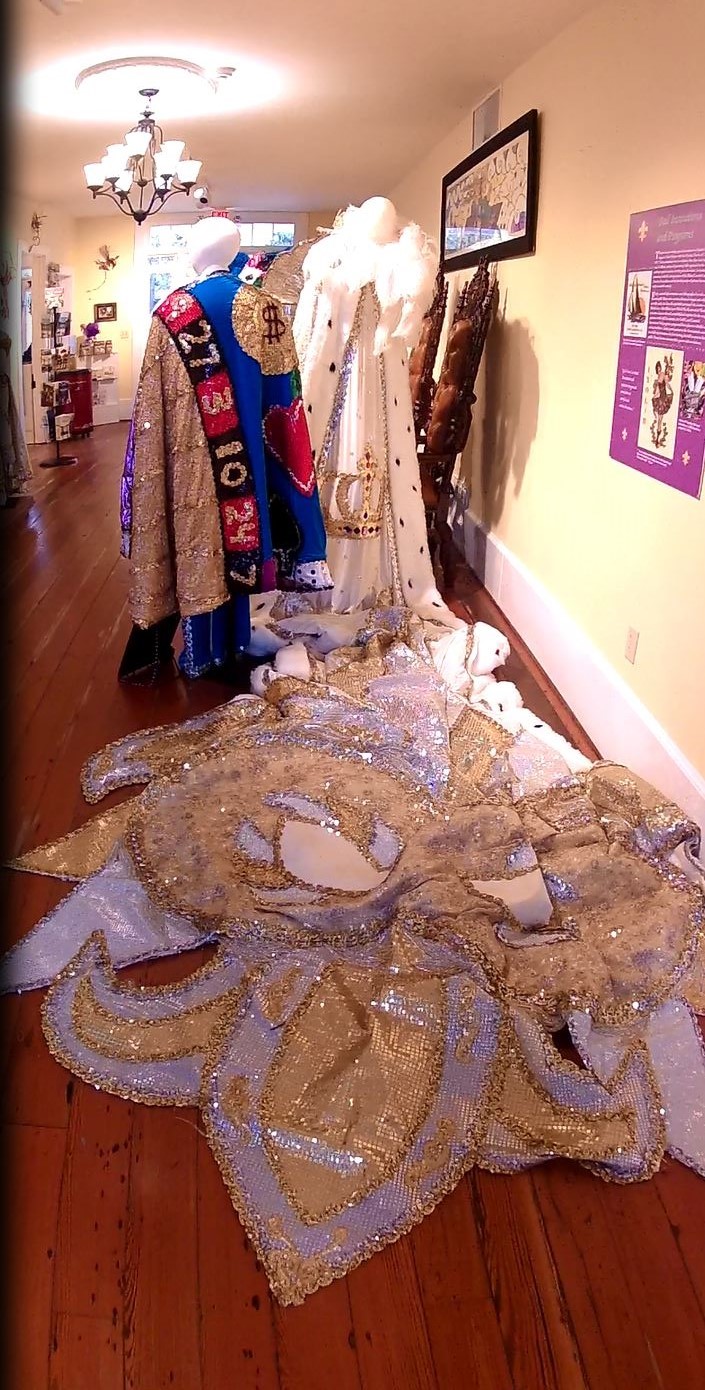 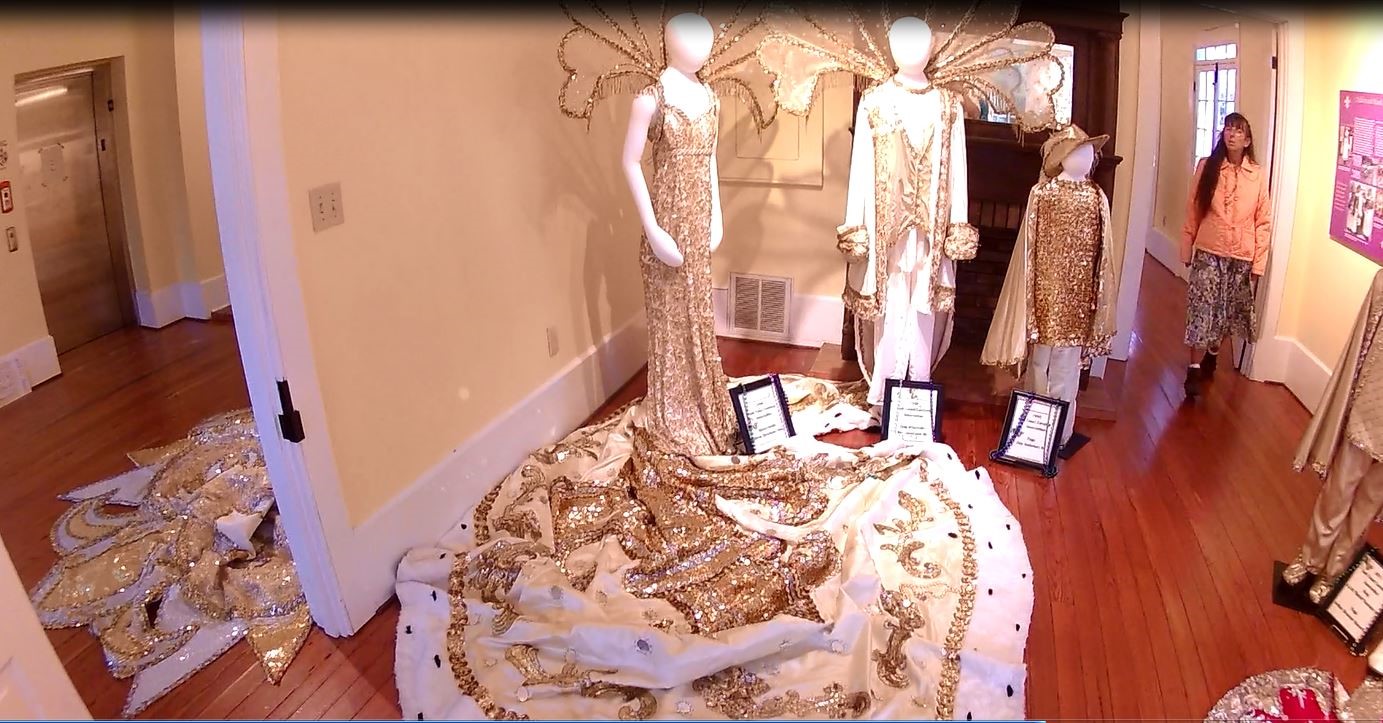 Brother Danny and Sister Linda took a quick moment to feel how the King and Queens chair feels: I don’t know if that is how all the King and Queen’s chair feel, but this was the top of the line comfy chair that had a lot of padding that was in all the right places. Well Shalom for now, see you all at our next tour stop! 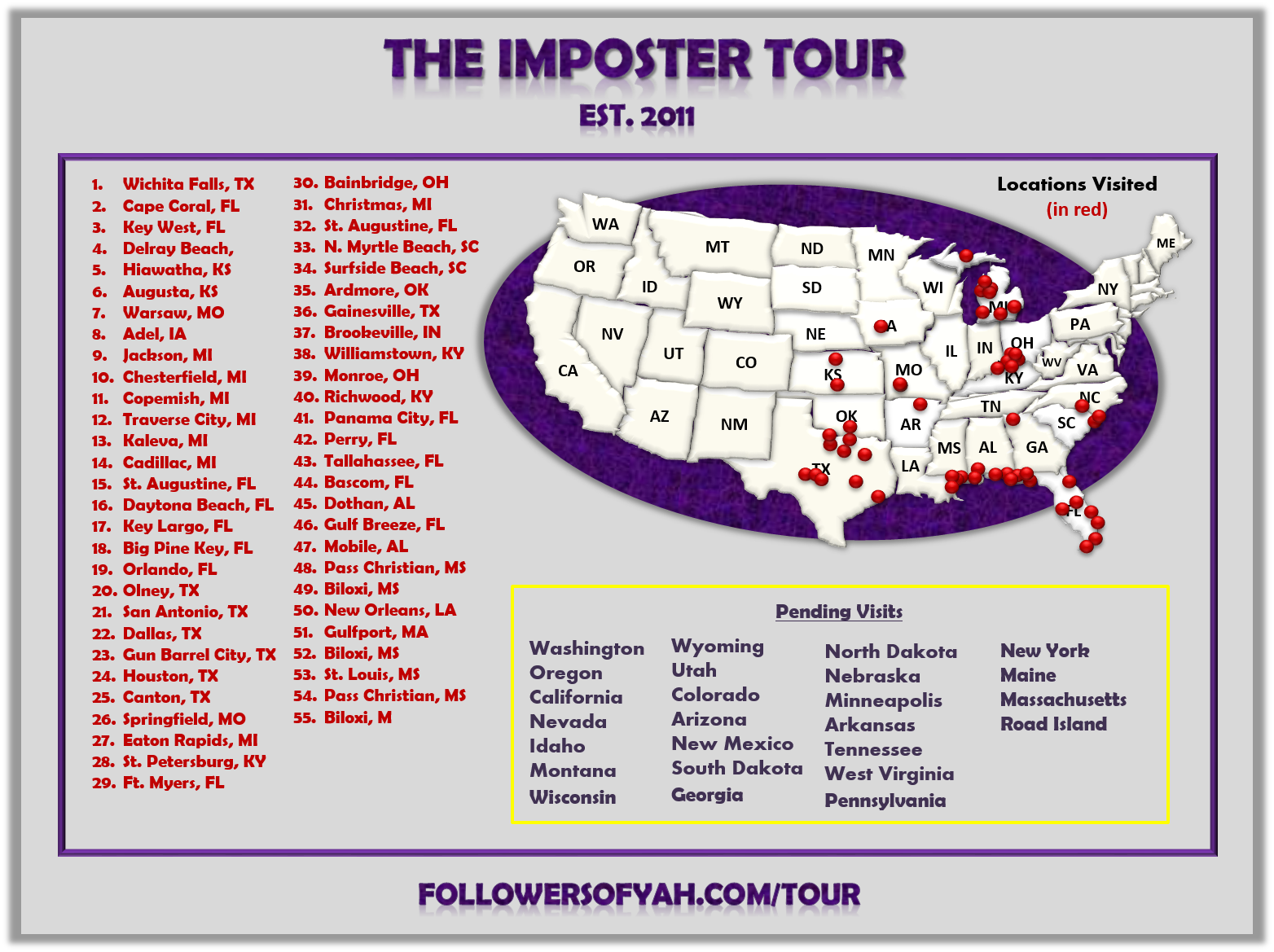