Yep, we had a pit stop today and it was a lot of fun! We went to the San Antonio Zoo. It wasn’t as good as the Zoo in Cincinnati, Ohio. But as much fun as we had here, we are eager to go to the Cincinnati Zoo. Don’t worry, we’ll share the pictures of that pit stop too. Until then, check out what we saw at the Zoo in San Antonio, Texas. Here’s a bird, not sure what kind it was though. There was an aviary we could walk through and this bird was there on the fence looking over at us. 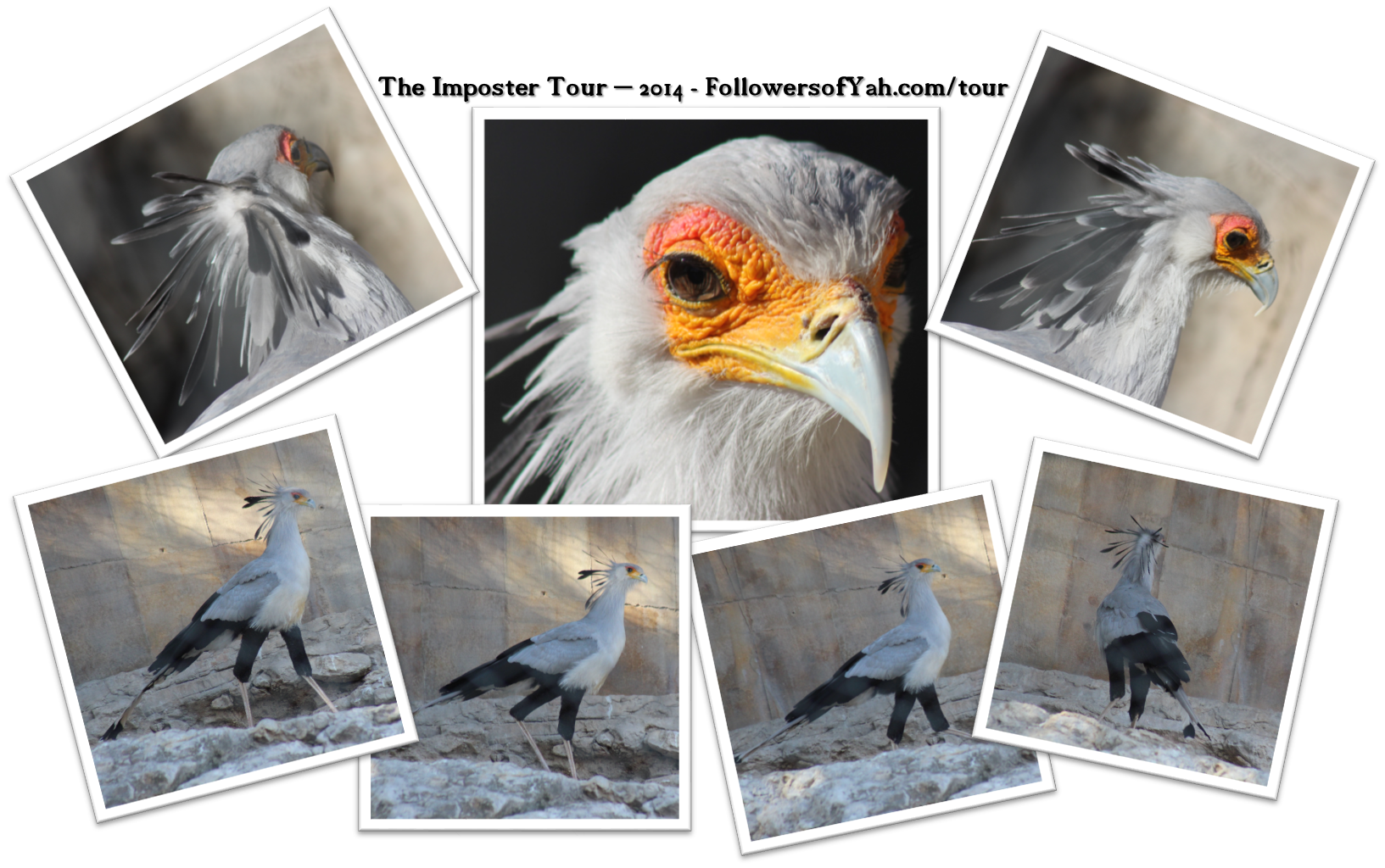 An amazing bird, standing about four and a half feet tall with a wingspan of over seven feet wide and only weighing a little over ten pounds is the Secretary Bird. When we first saw it, the first thing that came to mind was an Egyptian statue of a half bird, half man. The reason for such long legs is to help the secretary bird hunt for its prey, snake. They swoop down, land near the snake and stomp on em with their long legs. Goodbye Snake! If only we could kill snakes that easy. This one wasn’t laughing when we were there. But this is the laughing hyena. It looks like a stuffed animal, so fake and unreal looking, huh? The Pink Flamingo. The Pink Flamingo can weigh up to seven or eight pounds with a height of four to five feet tall. Yes, we did see a couple in this particular flock that looked about four or five feet tall. They were much taller than the others. Do you know why these Flamingos are so pink? The shrimp and algae they eat give them their pink pigment. Their color is so pretty. Here’s a wakeup call for everyone who thought the original “Winnie the Pooh Bear” was a golden light brown color. The Sun Bear, also known as the Honey Bear is not a violent bear. He’s the bear who’s always trying to take the honey from the bees’ nest. Bees, beehive and honey are important parts of the Sun Bears’ diet. Almost five feet tall, weighing nearly one-hundred and forty-five pounds, the Sun Bear’s long, curvy, pointed claws and almost one foot long tongue help during their honey hunt. He looks similar to a dog in the face. 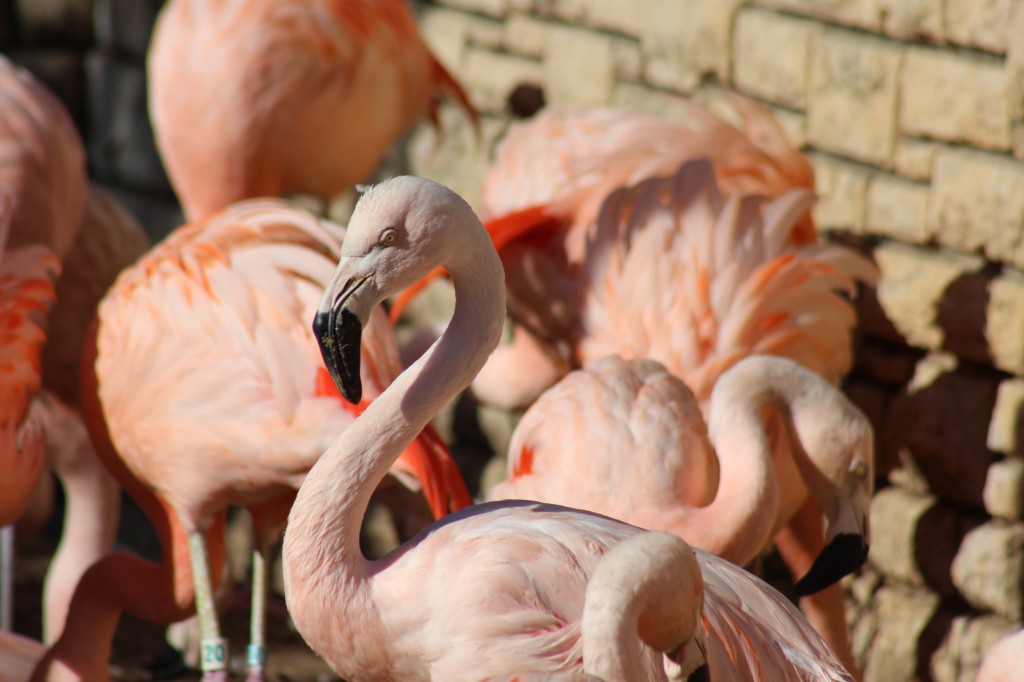 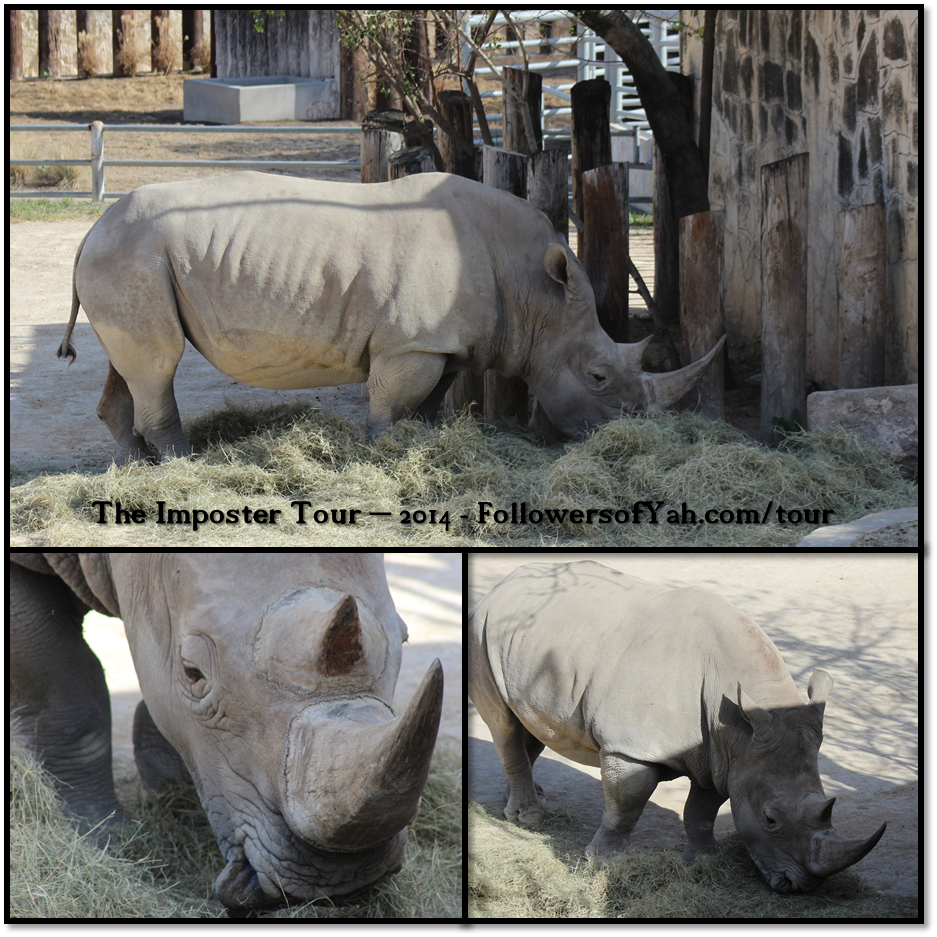 Kangaroos, when standing up tall, are nearly six feet in height. Not only is that amazing, but they can jump as far as 30 feet in one stride! Not to mention, they can travel up to 30mph. There may be mobs in New York, but in Australia they call the Kangaroo herds ‘mobs’. These “Aussie” mobs are typically of about 50 or more. Newborn baby Kangaroos are called “Joeys” and are born only being one inch long! Pretty amazing, I’d say! No wonder they can fit in their Momma’s belly pouch. 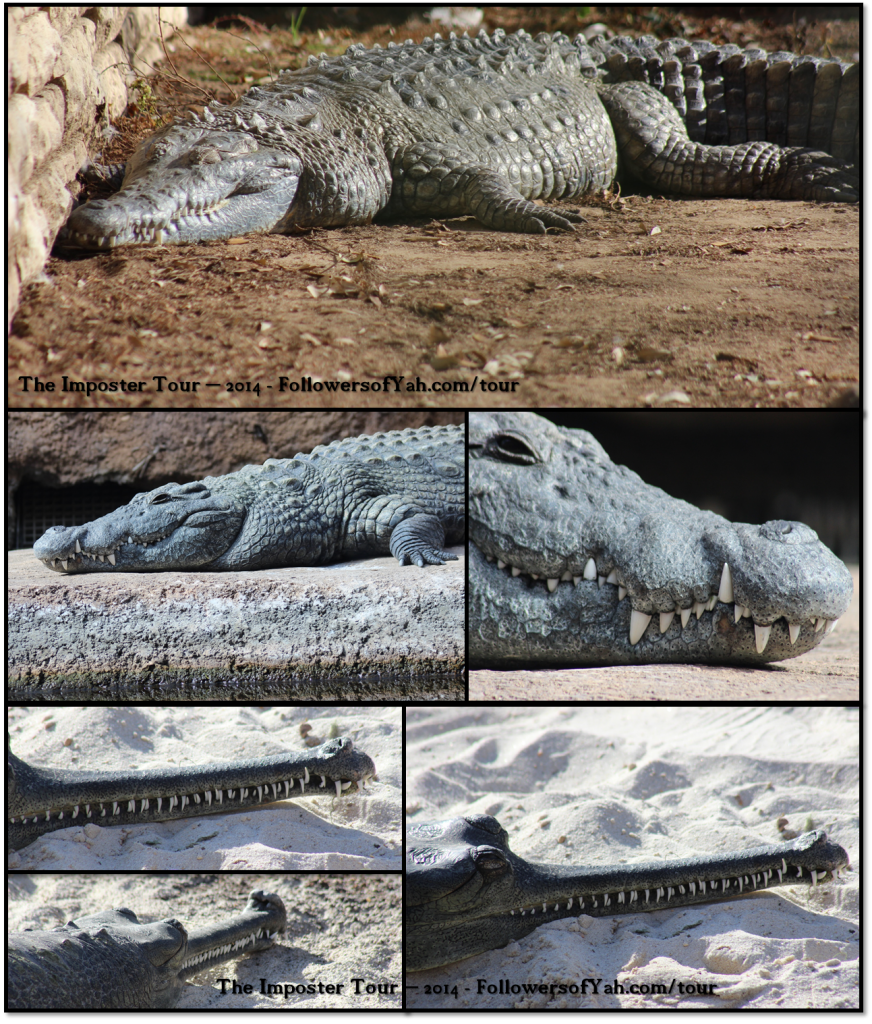 Even though there were many more pictures, we can’t show them all to you.
Here is a video of the Hippos being fed:

We had a pit stop today and it was a lot of fun! We went to the San Antonio Zoo. Here is a video of the Zoo Keepers feeding the Hippos.

These two Hippos are mail and female. The male is in the window to the far left and the female is in the middle and right windows. They are both the same age, 39 years old. The female is on birth control because it is so hard to find homes for the baby Hippos.