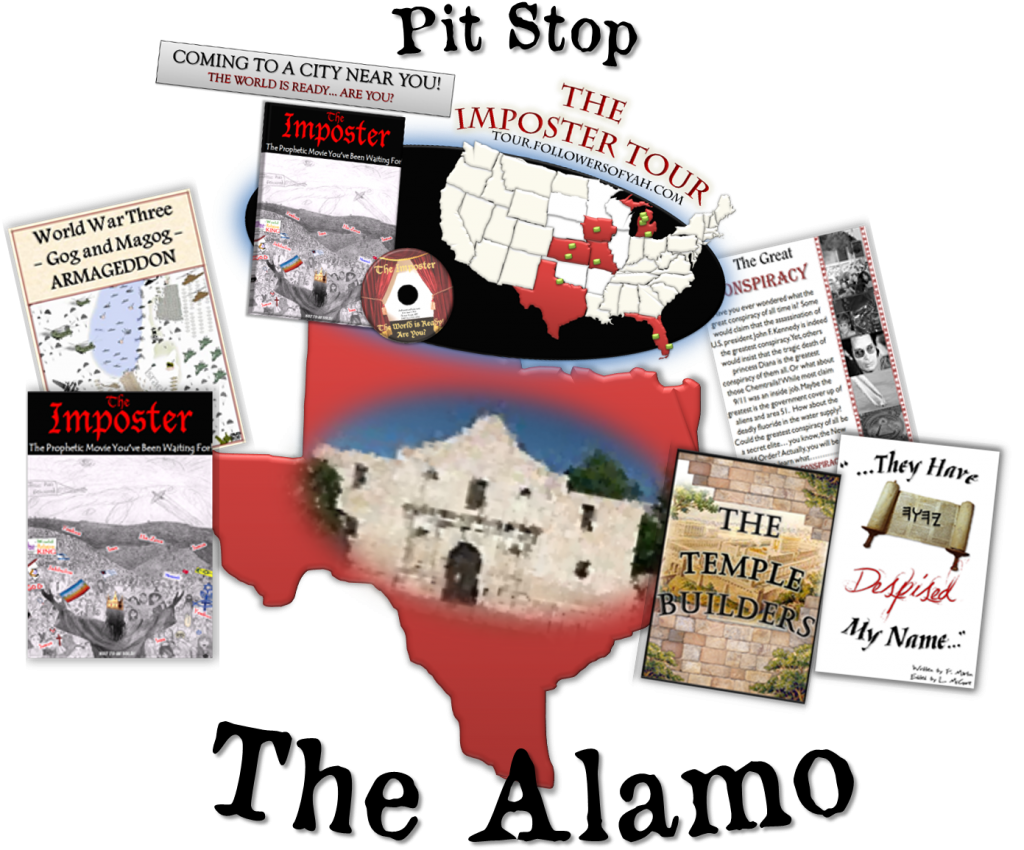 If you’ve been following our blog this month you’ll see that we have been extremely busy. Not only have we been busy doing stuff, but we’ve also been just as busy posting what we’ve been doing here on the blog. For those who are patiently waiting for emails to be responded to, etc… thank you for your patience and please be patient a little longer. We will address your question, comment or concern according to its importance and in the order it was received. We are slowly working on catching up with the emails. They seem to never end and are always piling up. Until then, we went to the Alamo. Not knowing any history of the Alamo we coincidentally arrived the very same day the battle of the Alamo began, February 23rd, 1836. Here is our family picture in front of the Alamo. The Alamo, originally known as Mission San Antonio de Valero, is a former Roman Catholic mission and fortress compound and was the site of the Battle of the Alamo in 1836. It is now a museum in the Alamo Plaza District of Downtown San Antonio, Texas, USA. It was built by Spanish Franciscan priest Antonio de Olivares and Payaya Indians, and along with the Presidio San Antonio de Bexar and the Acequia Madre de Valero is the origin of the present city of San Antonio, Texas.

The compound, which originally comprised a sanctuary and surrounding buildings, was built by the Spanish Empire in the 18th century for the education of local Native Americans after their conversion to Christianity. In 1793, the mission was secularized and soon abandoned. Ten years later, it became a fortress housing the Mexican Army group the Second Flying Company of San Carlos de Parras, who likely gave the mission the name “Alamo.”

Mexican soldiers held the mission until December 1835, when General Martin Perfecto de Cos surrendered it to the Texian Army following the siege of Bexar. A relatively small number of Texian soldiers then occupied the compound. Texian General Sam Houston believed the Texians did not have the manpower to hold the fort and ordered Colonel James Bowie to destroy it. Bowie chose to disregard those orders and instead worked with Colonel James C. Neill to fortify the mission. On February 23, 1836 Mexican General Antonio Lopez de Santa Anna led a large force of Mexican soldiers into San Antonio de Bexar and promptly initiated a siege. The siege ended on March 6, when the Mexican army attacked the Alamo; by the end of the Battle of the Alamo all or almost all of the defenders were killed. When the Mexican army retreated from Texas at the end of the Texas Revolution, they tore down many of the Alamo walls and burned some of the buildings.

For the next five years, the Alamo was periodically used to garrison soldiers, both Texian and Mexican, but was ultimately abandoned. In 1849, several years after Texas was annexed to the United States, the US Army began renting the facility for use as a quartermaster’s depot. The US Army abandoned the mission in 1876 after nearby Fort Sam Houston was established. The Alamo chapel was sold to the state of Texas, which conducted occasional tours but made no effort to restore it. The remaining buildings were sold to a mercantile company which operated them as a wholesale grocery store. (Wikipedia)

As with St. Augustine, the Catholics came over here threatening the Native American Indians to convert to Catholicism or die. Most walk through the Alamo tours with so much excitement of “Oh yeah! Texas won!” We walked through there with the thoughts of all the people, men, women and children that died during the battle over the Alamo.