Mary Worship is not an uncommon thing here in the Texan/Mexican Culture. Especially at the flea markets! One market we called and asked to go to in Dallas wouldn’t let us have a spot there because they said we are endorsing a religion. BUT, the only religious items they will allow are Catholic ones… rosaries, Mary Statues, Crosses, etc. “Those are religious relics from Catholicism” we told them, they replied, “no, not necessarily, They are Universal and do not point to any religion. We don’t want to offend anyone with Christianity, the Muslims don’t like that…” We just shook the dust off of our feet and went to the next city. After taking a picture or two of course… 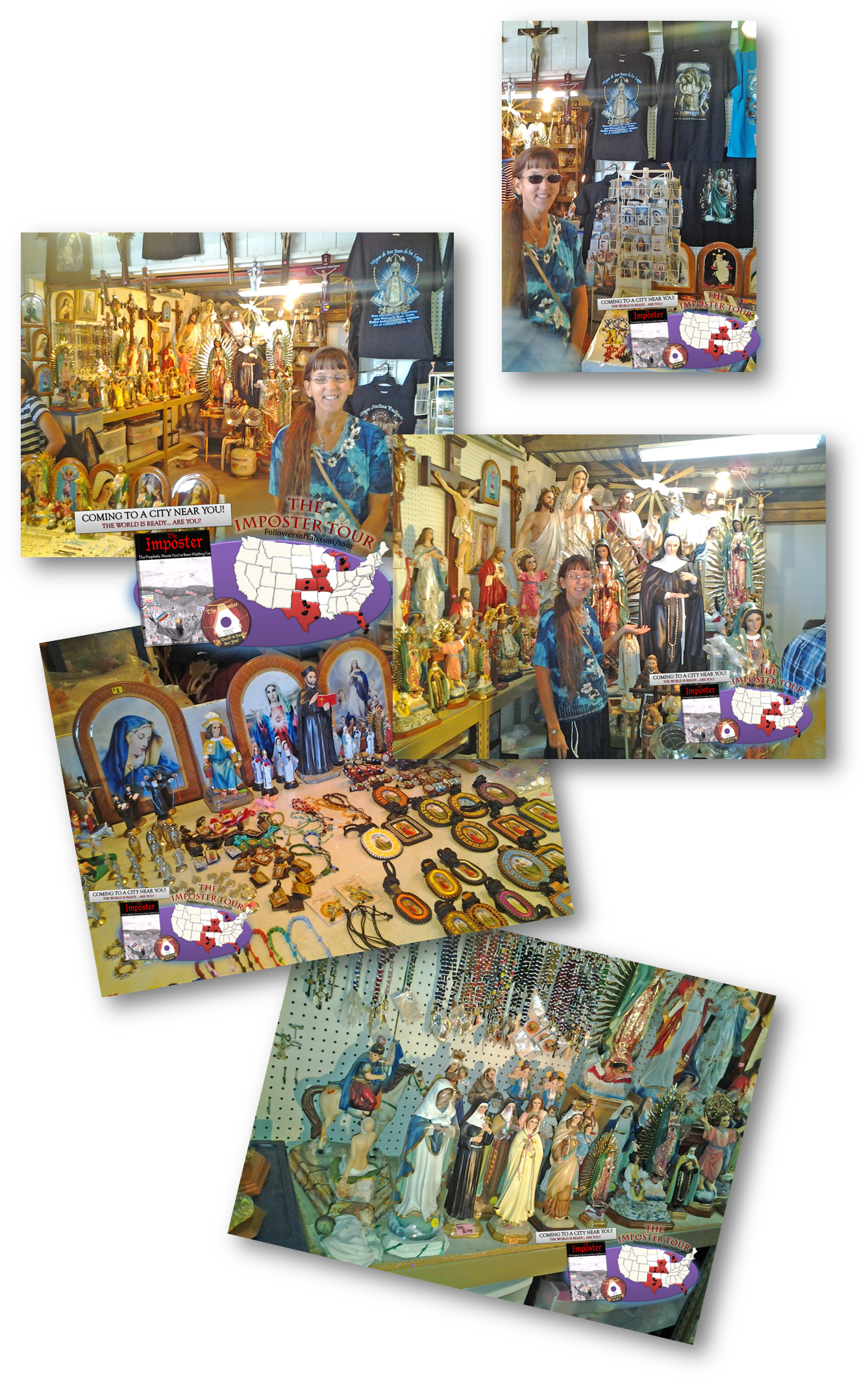 Most of us are aware that Mary, the so called “mother of god” with the universal faith (Catholicism) is the same “queen of heaven” that the great prophet Jeremiah warned the children of Yisra’el not to worship.

This pagan deity is goes also by the name of Ishtar (Easter).

Clearly from the pictures above we can see how some of these statues are just huge compared to Sister Linda. We have been warned not to make any carved images and bow down to them. Yet many are worshipping these pagan statues. So sad.