We met the Raum family at the after Shabbat Gathering and invited them over a couple times for fellowship. We plan to head to Galveston before we visit the Houston, Texas Holocaust Museum. The Raum family came over for a good bye visit and we had a blast! They are also Gluten Free so we had a delicious Gluten Free dinner. Pulled Bar-B-Q Chicken Sandwiches on Gluten free bread. Veggie Salad, Baked Potatoes, Gluten Free yellow cupcakes with purple icing and sprinkles on top. 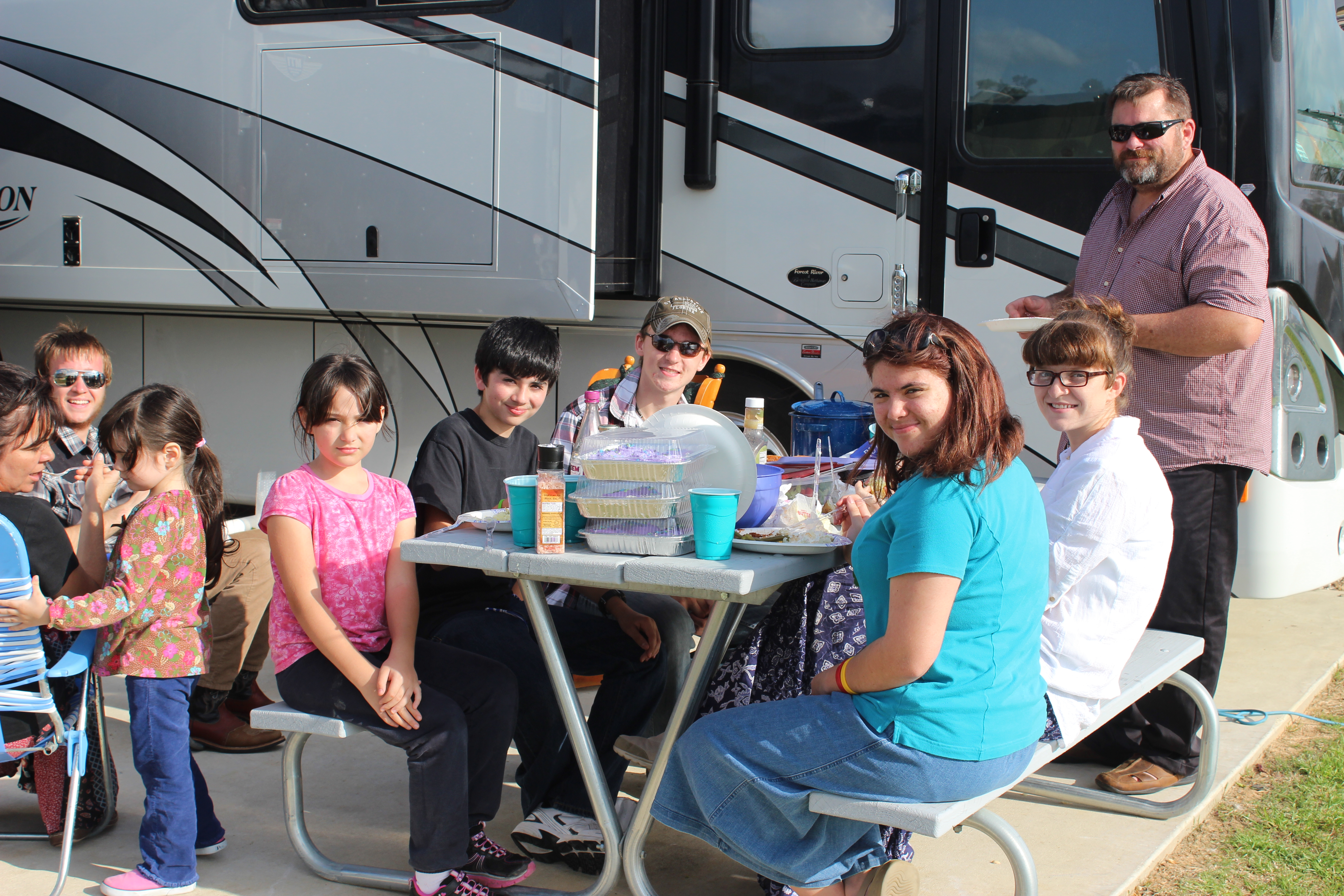 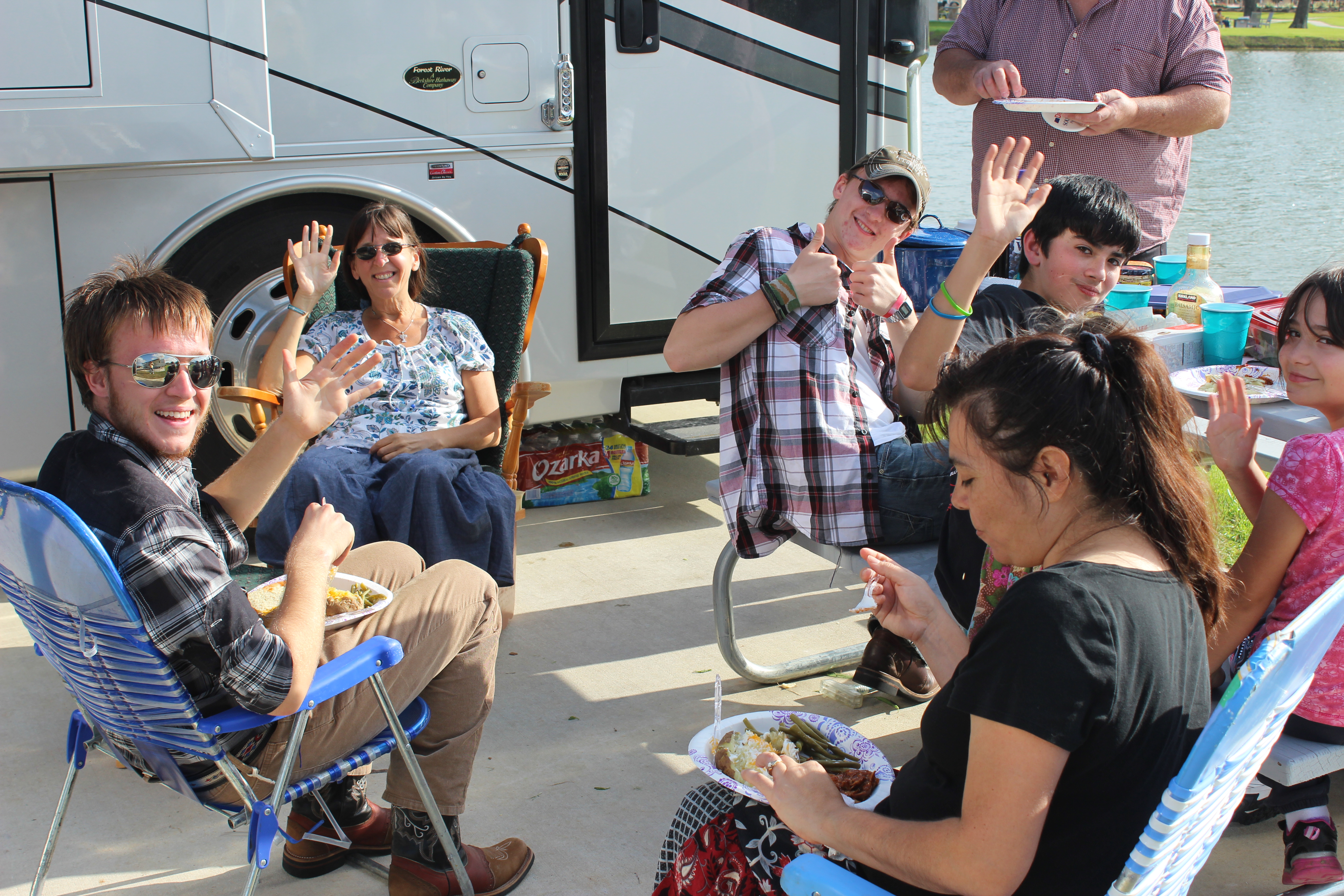 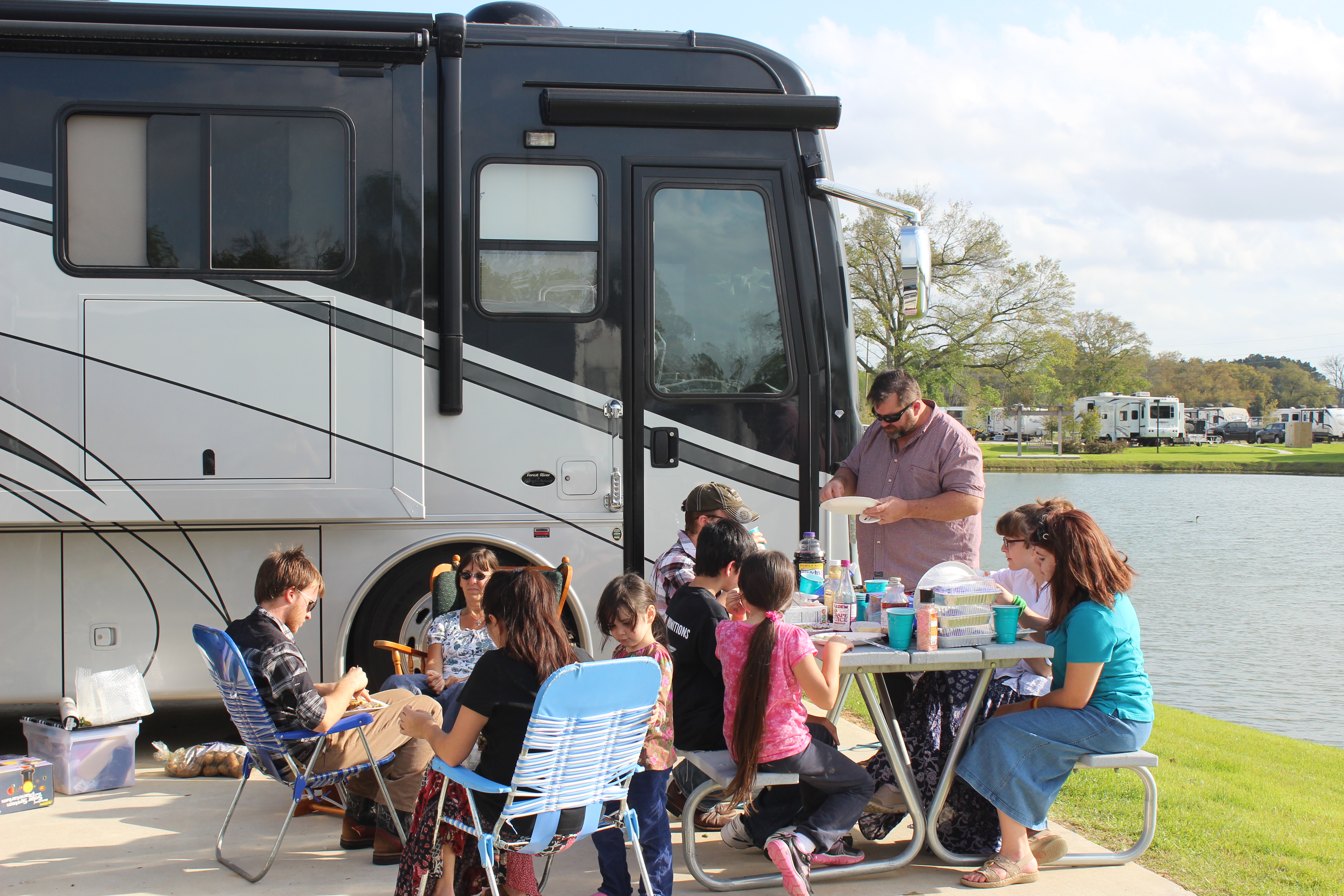 Fishing is really good here at the North Lake RV Resort. Michael caught 12 fish during one fishing trip. Too bad the policy is catch and release. We had an idea for the boys to do a jump shot. They tried… it looks kinda funny actually. Daniel look like he is floating, Andrew Raum is just a happy boy and Michael looks like he was shot and it in the action of falling backwards. Felicia and Analisa Raum were enjoying the nice evening breeze in the grass by the lake just before the sun was setting. Here’s a group photo of the children. Felicia was inside when they took this picture so her and Analisa got a shot together. It was getting dark and so we all flocked to the clubhouse for games and popcorn. Pool was the popular one for everyone. We also played shuffle board! Sister Linda and Sister Sylvia had fun too!

We had a lot of fun with the Raum’s, the adults and children alike. We invited Analisa to travel on the road with us and her parents agreed to the idea. She’s like part of the family and look forward to spending the next few weeks with her.