Our next stop was the Houston, Texas’ Traders Village. Brother Michael and Daniel setup this time.

And now it’s time for the banner! 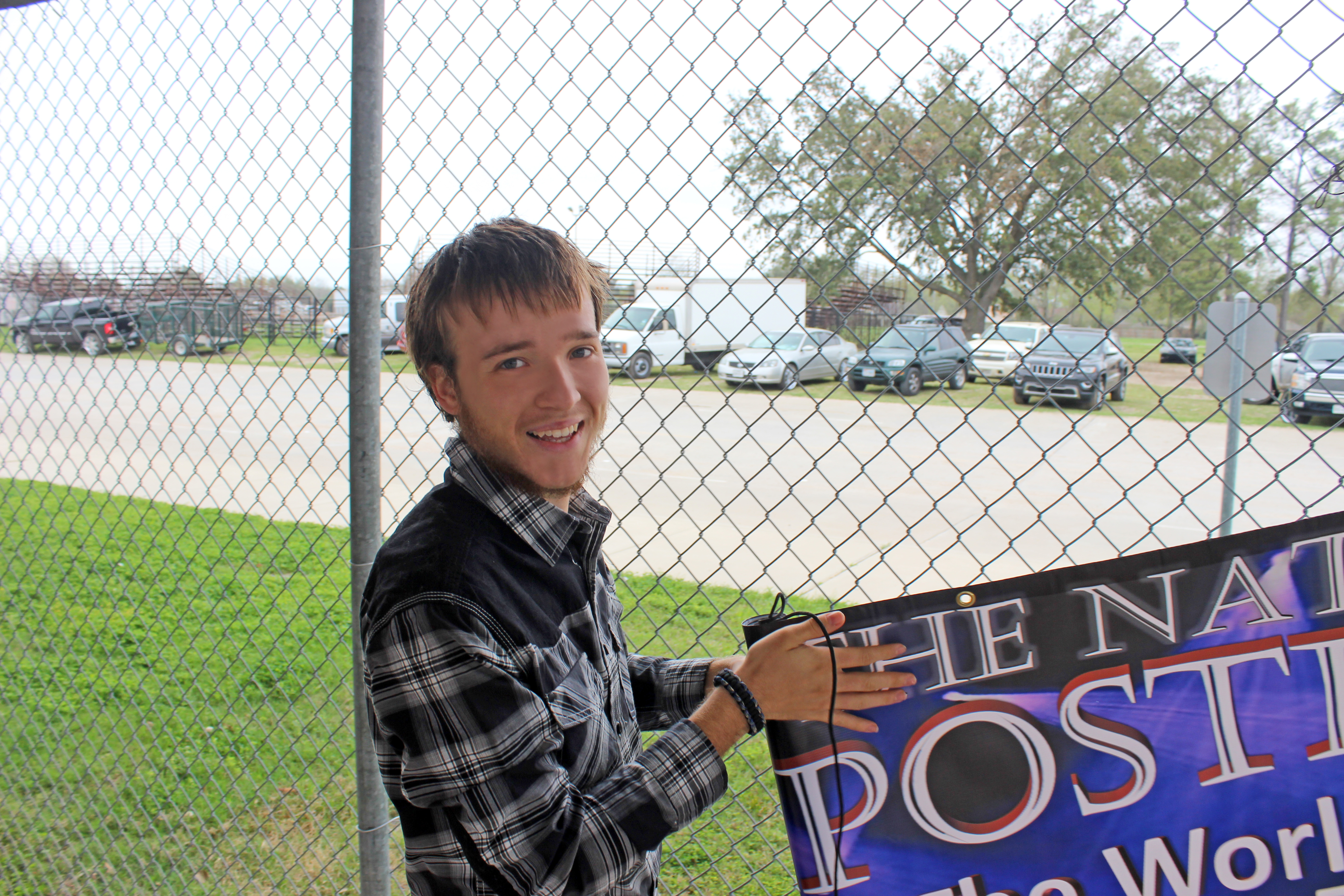 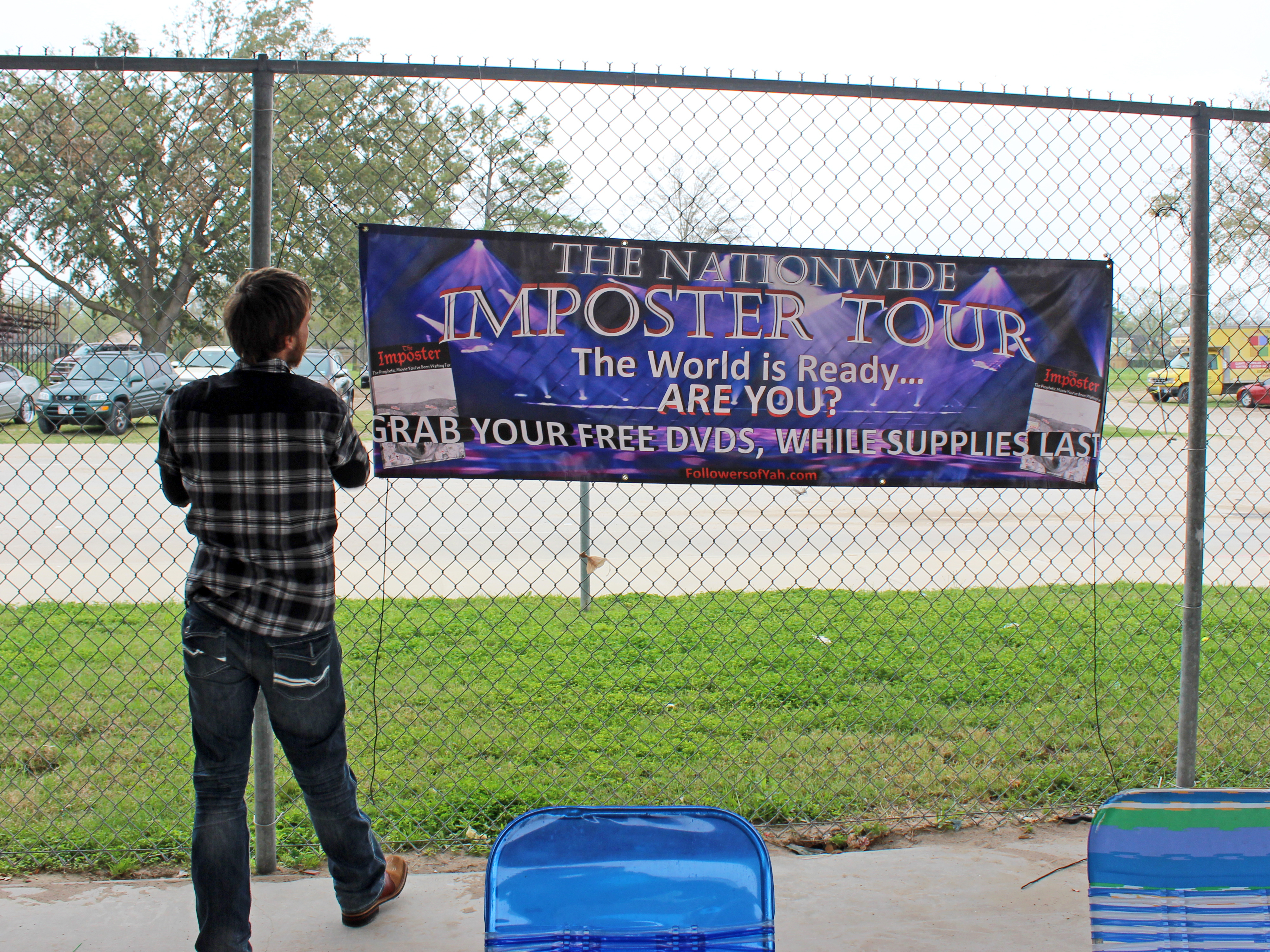 We told our the Brethren in Houston that we were going to be there and they decided to show up as well. Matthew Gonzalez, his wife Edith and mother Vivian came and they brought Scott Clayton too. You remember those shirts we have, the Imposter Tour ones? Well, all the men of the group each wore one. Brother Danny, Michael, Daniel, Matthew and Scott. Matthew, Scott and Daniel grabbed some DVDs and set out to walk around the market to give them away too! Meanwhile, back at our booth Vivian was translating for the Spanish speaking people passing by. It was awesome! Brother Danny explaining what each of our movies are about. Sister Felicia and Sister Linda came out for a little while too. It was chilly so they went back inside after about an hour. Brother Danny asked this guy if he wanted a free DVD. “I don’t believe in the Bible!” He said.

“Well these DVDs just aren’t for Bible believers.” Danny replied. The man snapped, “no thanks” and stormed away. Just as he was walking off our spot Sister Felicia saw that he had the book ‘Fahrenheit 451’ and eagerly said “Oh, that’s a good book you got there!” Then the man just began attacking the Bible left and right and repeated asked Felicia if she knew what happened in 76 AD. He then went on to ask who wrote the Bible, saying the entire Bible was destroyed in 76AD and man had to re-write it. A bunch of Bologna indeed!