Our first Museum on Wheels was in Houston Texas. Here is a another sneak peak of the stuff we present during the second presentation at the Eaton Rapids Assembly of Yahweh. 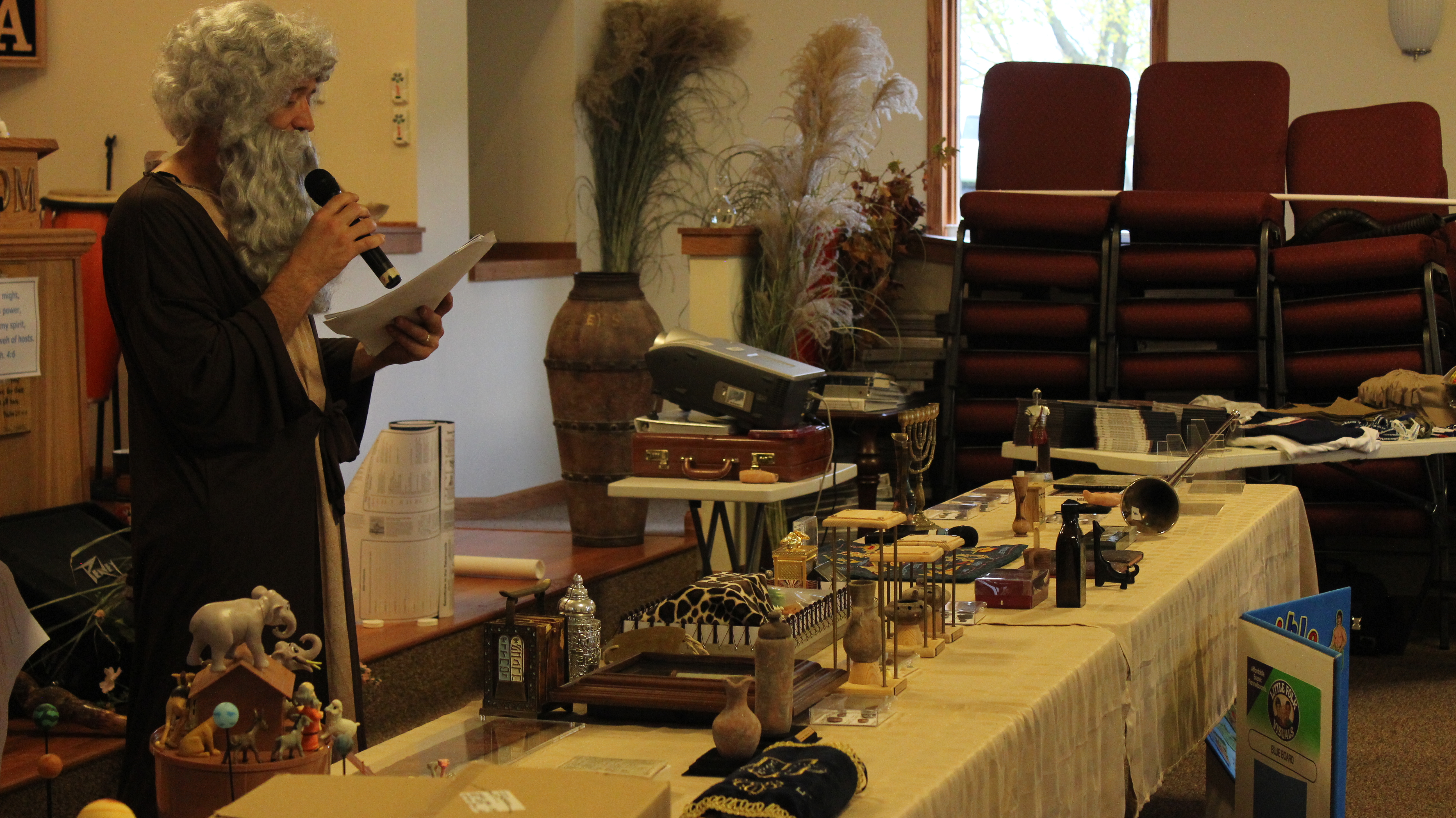 Brother Danny dressed up as Mosheh (Moses) was the main speaker tonight. 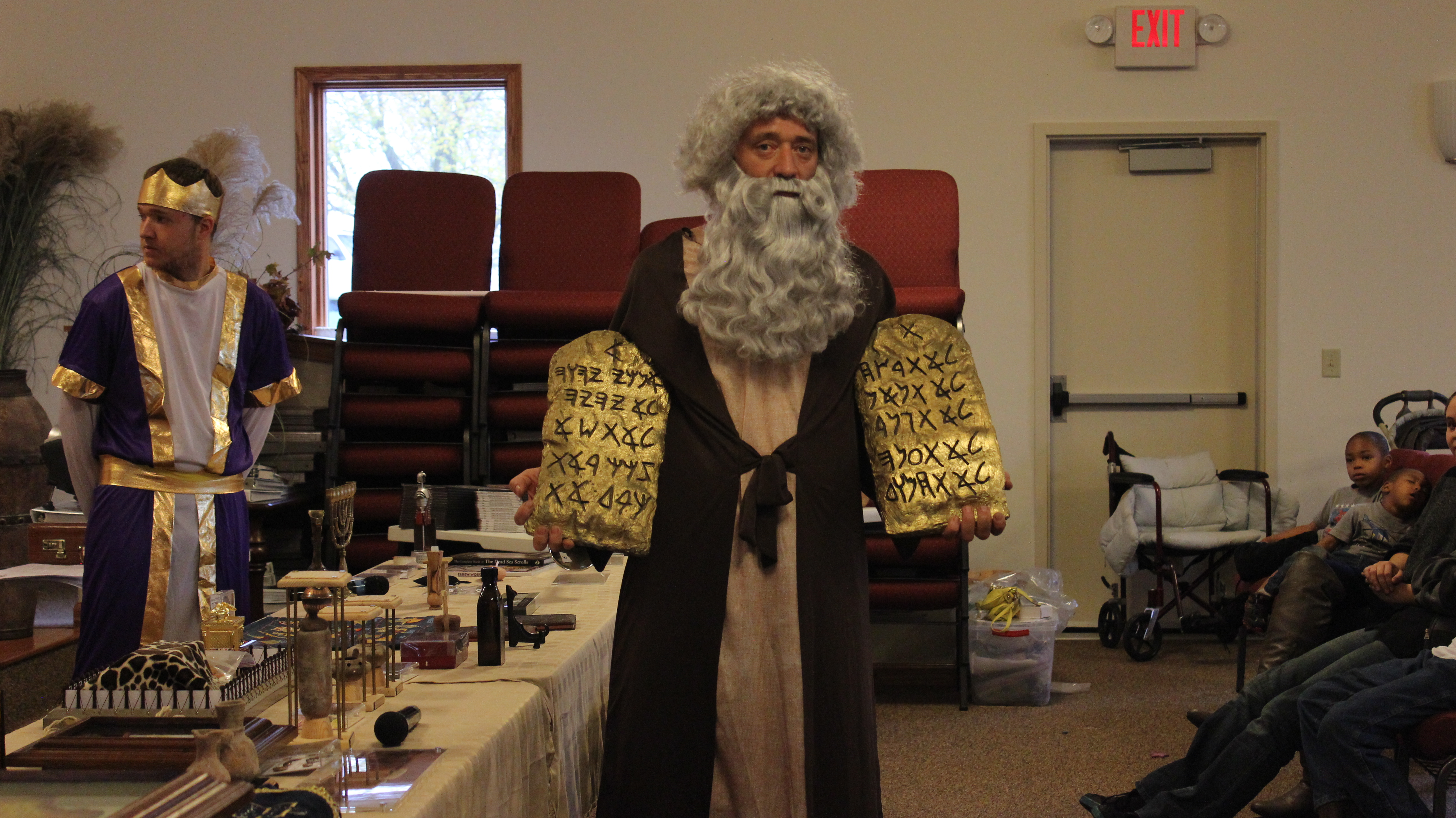 Brother Danny holding the Ten Commandments that are in Ancient Hebrew. Brother Michael is dressed as King David in the back left. After the presentation the audience walked up to get a closer look at the tables. It was really great! Sister Linda was dressed as Miriam, Moshes’ sister. Brother Sam, the Assembly’s Leader is to the left looking at some artifacts. It was lots of fun telling about each piece as someone asked a question about it. Meanwhile, we also had our table of DVDs, and Yahuwah Gear freely for anyone who wanted some. Bags, Bracelets, Hats, Shirts, Pens, Cups and Key Chains. Before we knew it, there was none left! 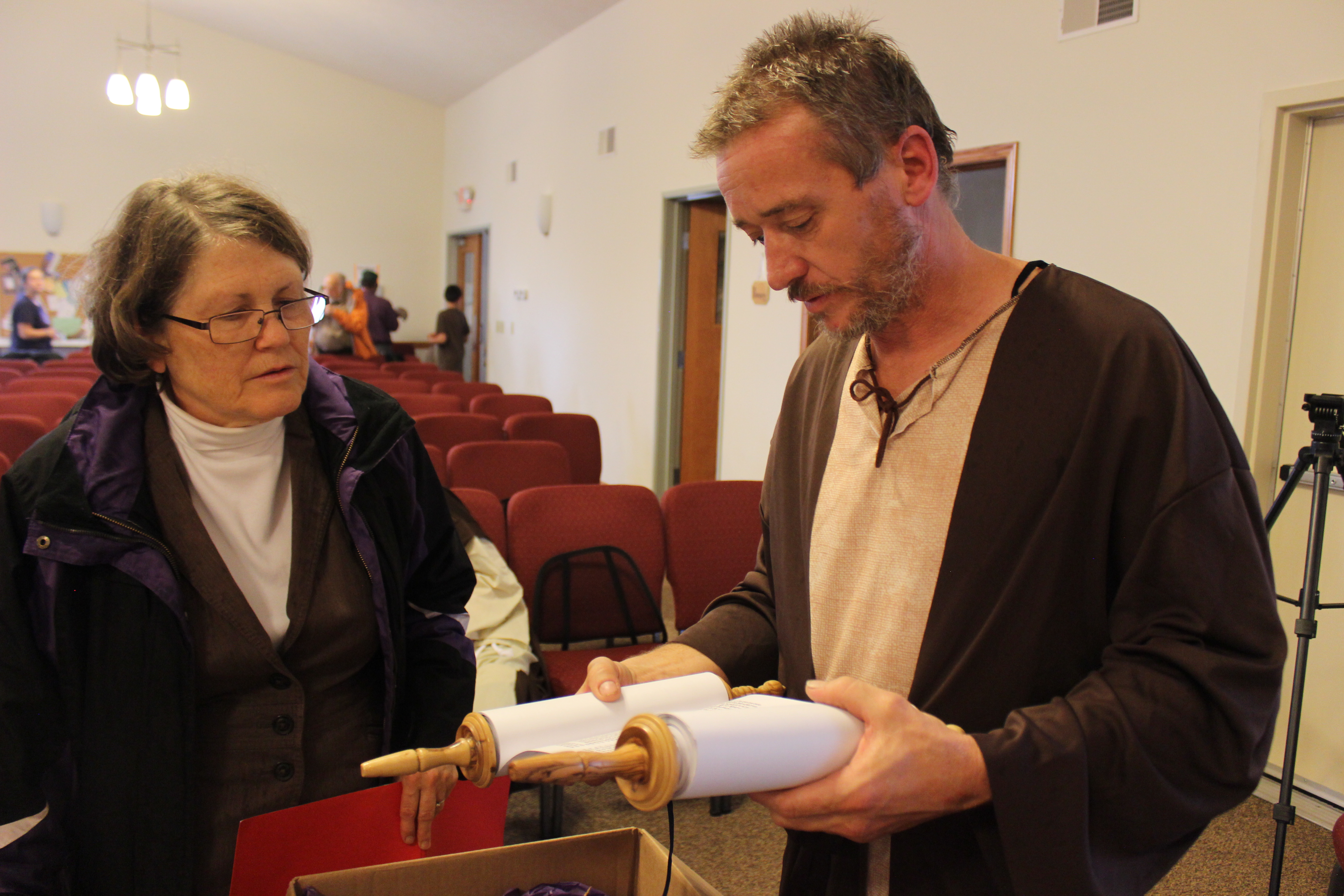 Brother Danny demonstrating how the Hebrew Torah Scroll is to be unrolled. They also spotted Yahuwah’s Name in there too! This Museum on Wheels lasting much longer than we expected. Everyone was so blessed by being able to learn about our pieces we have. Brother Michael answering some questions about the Spices. After we put away just about everything we decided to get a group photo.
Left to Right: Brother Danny, Sister Linda, Brother Michael, Sister Felicia and Brother Daniel.

If you want us to come to your congregation, fellowship or assembly send us an email!